The dilemmas of technological change 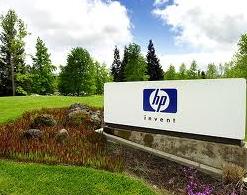 Michael Baxters' article on Investment and Business News, entitled The troubles of HP: is the PC dying, and is the company falling victim to innovators’ dilemma? relates the woes of HP in particular, but technology companies in general, when faced with the dilemmas of impending technological change.

One passage is particularly interesting.

This is classic innovators’ dilemma, or what Clayton M Christensen called the “technology mudslide hypothesis.” In his model, established companies in a position of market dominance reinforce their position of strength through their specialisation, but when a new so-called disruptive technology emerges, they miss it. They get relegated to backwaters or go out of business.

Christensen himself took the disc drive industry as an example, and looked at every major change – for example from 14 inch disk drives used for mainframes to 8 inch disks for mini computers, 5.25 inches with the emergence of PCs and then 3.5 inch disks as laptops were developed. He showed that with the emergence of a new disc drive standard, there was a change in market leadership; previously dominant players started doing dodo impersonations.

What is especially interesting about the Christensen study is that the companies themselves were often aware of the danger, researched the new burgeoning technology, but their existing client base showed no interest, and urged them to stick to what they already knew.

Technology change is a game changer and we ignore it at our peril.